Get A Personalize Copy of the Book -

Today we provide insights into starting a crowdfunding campaign

Patreon currently is one of the most popular crowdfunding platforms. For me, they take about 5%. With some creators, it can get closer to 10%. You can set different levels of supporting you with each level having their own reward. Here are some tips on creating rewards:

Make sure they benefit the patron - not you
Be careful with physical items as podcasting is a global audience
Make sure you still deliver value, and that that fulfillment won't damage your original product
Some things to consider are you might offer engagement where you do private webinars for members only.

Some people offer to spotlight their "Fan of the week/month"

Insights into the creative process, so notes, sketches, demos. There is a reason lyrics on napkins are in the Rock and Roll Hall of Fame.

So you want rewards that benefit the audience, but don't lead you to burn out.

Tom Boruta runs a website called Graphtreon where he tracks how much people make no Patreon. According to a post on theoutline.com "Boruta’s numbers are based on the roughly 80 percent of creators who publicly share what they earn. Of those creators, only 1,393 — 2 percent — make the equivalent of the federal minimum wage of $7.25 an hour, or $1,160 a month, in October 2017. That same article (Titled No One Makes a Living On Patreon) stated "In 2016, Patreon boasted that 7,960 users were now making over $100 a month, which struck me as such an insignificant monthly income to brag about. Around the same time, the company reportedly had 25,000 creators, meaning only 31 percent of Patreon’s users were making over a hundred bucks."

In 2016 there was a private Patrecon where 40 Patreon creators attended. At that event, founder Jack Conte stated, "the Importance of making great stuff." https://youtu.be/zBSOLTlRPoE

In this video, Jack points out how he spent a ton of time on creating a video that cost $10,000 and it made him $200. This is what inspired him to start Patreon.

Dig Deeper
I see where the Deep Fat Fried Podcast just started their Patreon in January of 2018 and already have 500 patrons. If you dig deeper you also see they have 24,000 YouTube Subscribers.

Crowd Sourcing: Step One Get a Crowd
So many people start a podcast focused on the money. I understand that. We need money, but don't forget crowdfunding starts with the word Crowd. So step one is creating a crowd. You monetize your audience, and in a world of AM/FM, CD, Spotify, Netflix, HBO, Cable TV, Satelite radio, you need content that inspires people to tell their friends. You do that by making people:

Laugh
Cry
Think
Groan
Learn
Distracted
If you can educate while you make them laugh, that's a win. If you deliver the content you can't get anyplace else that's a win. My biggest takeaway from this is you are not going to create what Michael Hyatt calls "WOW Content" by turning on a microphone and winging it unless you are insanely talented. That reminds me:

If you're talented it is easier to grow your audience.

In a nutshell, you need

Good information
Entertainment
Quality production
Time
I recently started noticing a pattern. Natali Eckdohl of bizchix.com really started crushing it in her business. Darren Dake started making close to six figures with his online courses, and Jeff Sanders is now selling more and more books. What was the pattern? Years. Natalie and Darren are three years in, and Jeff is approaching three.

You might say, "But what about John Lee Dumas? He got his sponsor in six months!" John Lee Dumas does the Entrepreneur on Fire podcast. He does it every day. So if you take John's six months that is more or less 180 episodes. If you do a weekly show, how long does it take you to do 180 episodes? 3.5 years. Does this mean that everyone should start a daily show? Hell No. John is one of the most organized, disciplined, and charismatic people I know. I know TONS of people who have tried to be John Lee Dumas and failed. Why? Becuase it comes to him naturally. Also, if you have a job, a spouse, and kids, you can't do a daily show and deliver good content (unless you are a Super Hero of some sort).

You Have to Treat It Like a Sponsor
Even though some people choose to crowdsource over sponsorship, you still need to treat it like a sponsor and mention it in every episode. If your audience doesn't know how to support you, they won't do it.

Be Careful With Your Wording
I've heard some podcasters say things like, "If we get up to a certain level we can kill the sponsors." This does not make sponsors feel loved.

Conclusion
The first part of crowdfunding is getting a crowd and delivering so much value that they feel guilty for not supporting you. That takes time, effort, and dedication.

Ready to make money with your podcast?

Check out the book Profit From Your Podcast on Amazon

Need help with your podcast?

Join the School of Podcasting or schedule a coaching call.

This podcast is part of the Power of Podcasting network. Changing the world one download at a time.

New to Profit From Your Podcast? 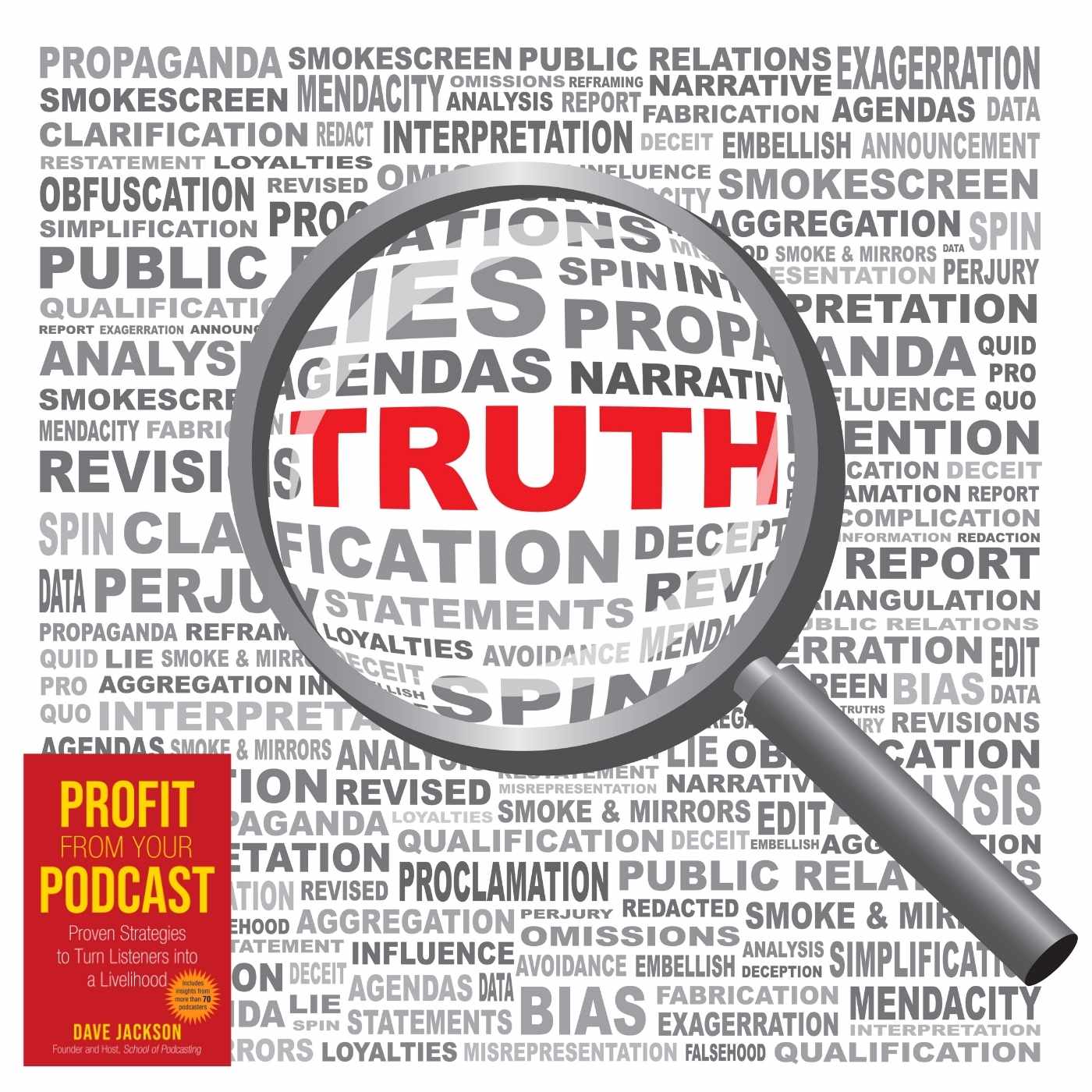 The Truth About Podcast Sponsorship

People think a podcast sponsor is the Holy Grail. it's not for 95% of podcasters 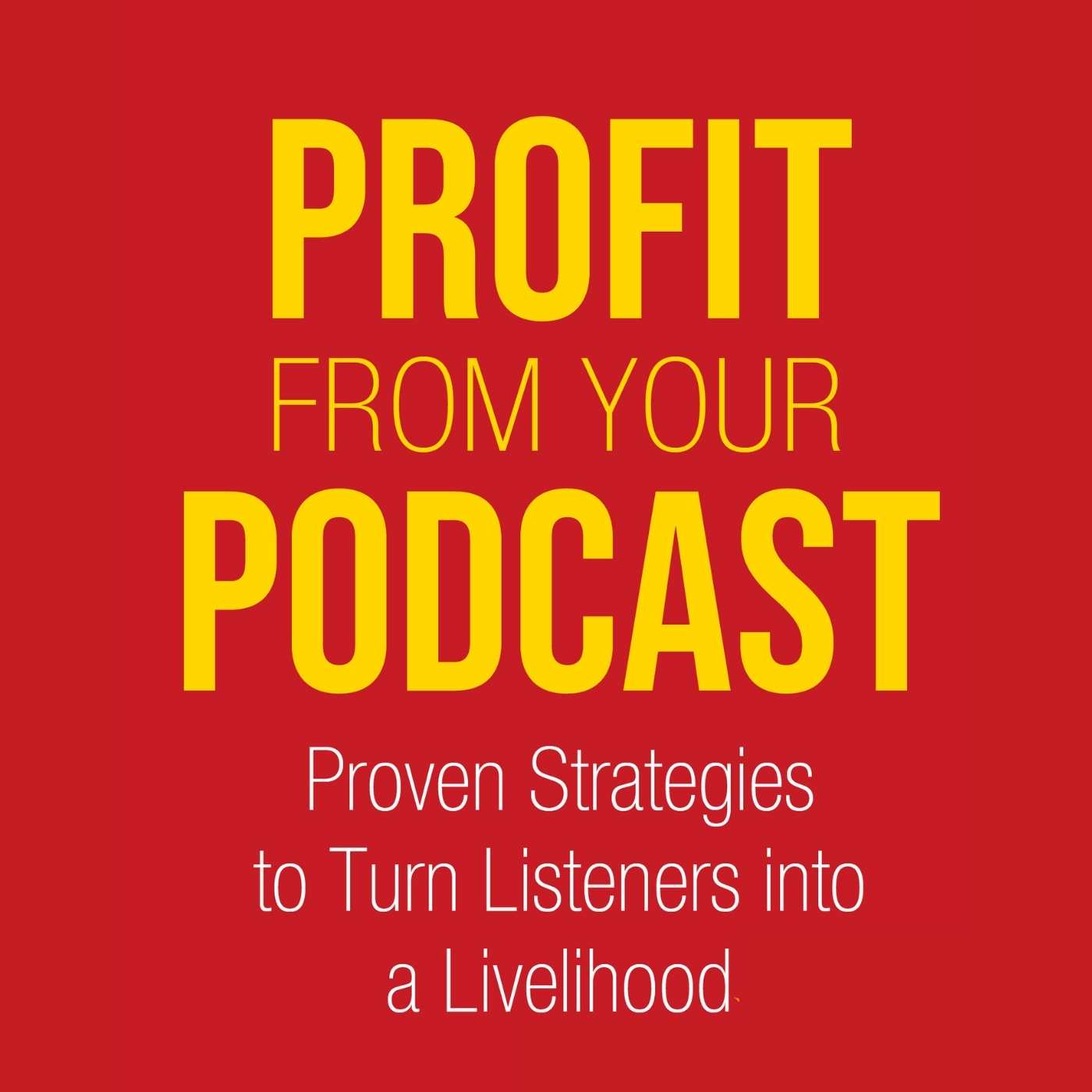 How Do You Make Money With a Podcast

Today we talk about the ways you can make money with your podcast. Sell Your Stuff Sell other Peoples Stuff Sponsors Donations and Crowd Funding Free Stuff, Of course, all of those rely on you having an audience.